The Story of Two Rivers Mansion

Two Rivers Mansion, one of the last of the antebellum country homes built in the Nashville area and one of the earliest and best preserved of the ornate Italianate houses in Middle Tennessee, was once part of an 1100-acre plantation located on fertile, rolling land between the Stones and Cumberland rivers. The junction of the two rivers suggested the name of the property to its first owner, William Harding whose family owned the Belle Meade Plantation in west Nashville.

The mansion, built by David H. McGavock in 1859 on the eve of the Civil War for his beautiful wife William ( Willie ) Elizabeth Harding but not finished until the 1870’s, was inhabited by the McGavock family for three generations until 1965, when the last heir died and the property was purchased by the Metropolitan Government of Nashville and Davidson County. Today the 14-acre tract, which includes the mansion and one of Nashville’s oldest brick houses built in 1802, is listed on the National Register of Historic Places. Closeness to Nashville, frontage on the rivers, and the abundance of springs, wild game and rich soil made the Two Rivers property valuable from the first time it was settled in the 1790’s. Among the original owners of portions of the land was Andrew Jackson who resided close by on Hunters Hill before he purchased the Hermitage. The first home built on the property in 1802, a two story brick house in the Federal style by David Buchanan, still stands on the South side the larger 1859 mansion.

William Harding purchased the 476 acres farm from Willie Barrow at the confluence of the Cumberland and Stones River. Harding acquired additional land totaling 1100 acres before settling down and marring local Elizabeth Clopton in 1830; he died in 1832 shortly before their only child was born. Daughter William Elizabeth Harding named in honor of her parents, would inherit the plantation upon her marriage to her cousin David H. McGavock in May of 1850. The young couple and their only son Frank lived in the 1802 house while they planned and built the Mansion in their backyard. One can see the names “ David, Willie and Frank” stamped in the three bricks on the back porch. The bricks and the millwork were crafted on the plantation by slave labor. 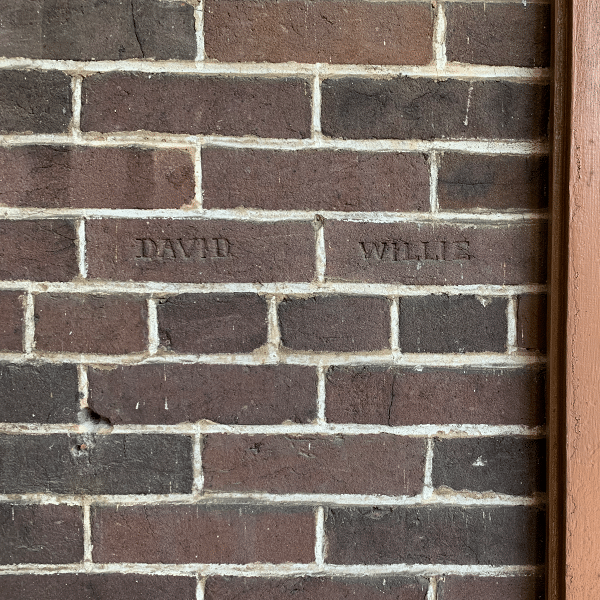 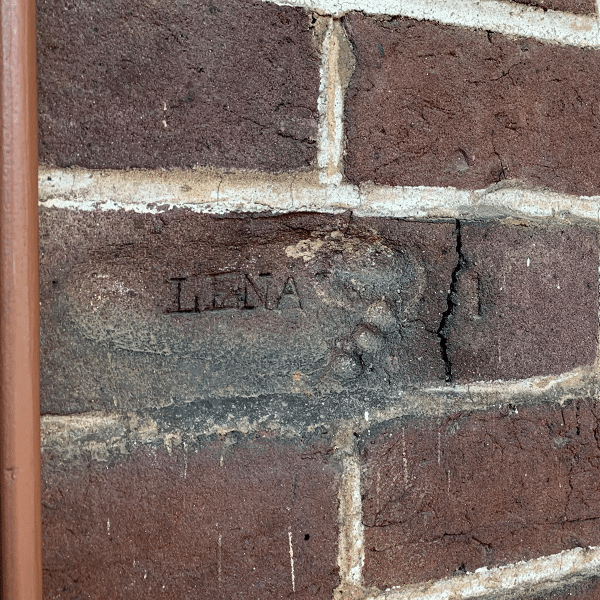 In the 1880’s Two Rivers was a thriving estate known as the Two Rivers Stock Farm. Activity centered on tending livestock, gardens, orchards,, a dairy operation, fox hunting, and it was a center for Morgan horse breeding. One document states that there were over seventy buildings on the property at one time including barns, horse stalls, tenant houses and sheds. Many of these buildings were destroyed by a tornado in 1933. Frank McGavock took possession of the farm for a short time period in the late 1890’s when it was near bankruptcy after the financial Panic of 1893 and subsequent severe depression. To keep from losing the property, Frank’s only son Spence, inherited the estate and leased out the farm in the early 1900’s while he worked as a shoe salesman in the north.

Spence McGavock married Mary Louise Bransford of Melrose in 1928. The couple remodeled the mansion, adding plumbing and electricity and a steam heating system. They lived at Two Rivers only four years before Mary Louise returned to her family home at Melrose after the death of her Mother in 1933. Three years later in 1936 Spence McGavock died and for the next eighteen years his widow remained at Melrose while caretakers continued the Two Rivers farming operations.

Mary Louise Bransford McGavock returned to Two Rivers in 1954, where she said she had always been happiest and remained until her death in November of 1965.  As the surviving widow and last of the McGavock family she named several family members as beneficiaries in her will in addition to a number of friends and employees. She also instructed that the remainder of her estate be sold and be used to support the operation of the Division of Hematology at Vanderbilt Hospital and Medical School. This research fund named the William S. Bransford Fund in honor of her father, is still providing assistance today.

Restored to the stately architectural splendor of the Mansion’s earlier days, Two Rivers Mansion reflects the taste, textures and colors of the post -war era and today remains the centerpiece for gatherings of all kinds of social occasions as well – weddings, parties, anniversaries, birthdays and special events for future generations to enjoy.

The Friends of Two Rivers Mansion is a 501(c)3 dedicated to raising community awareness about the home, its heritage, and to raising funds to preserve this piece of local history. We need your help to continue this important work.

HOW YOU CAN HELP